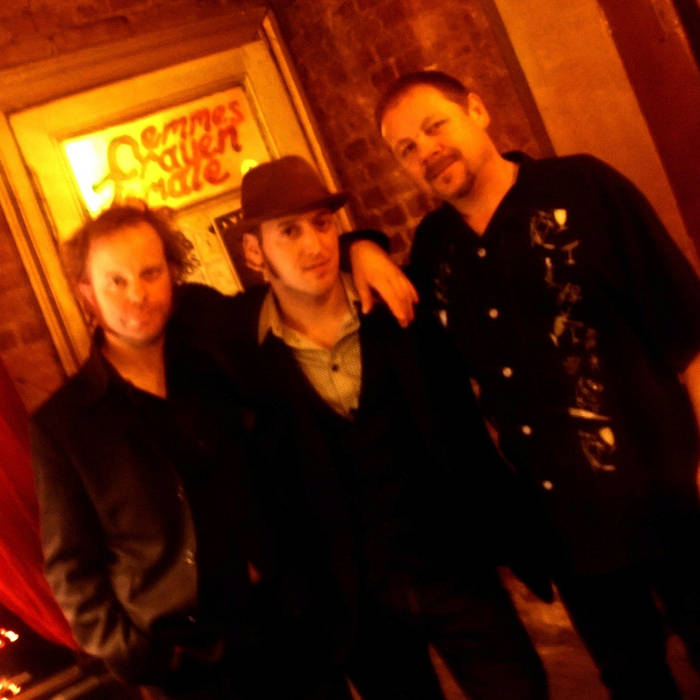 A "dark horse" is a race horse that is not known to gamblers, and thus is difficult to place betting odds on.. At first glance, one might think this well-seasoned trio comes from Melbourne, but rumour has it these musicians may have waded up together from some dark, murky waters beyond the swamplands. Ex-New Yorker Mark Steiner, known for his travels to distant and barren places across the world, is no stranger to the dimly-lit bars and streets of Berlin, and certainly not to Acoustic Moon. His melancholic songs and his baritone voice have been compared to the likes of Tindersticks, Rowland S. Howard, Leonard Cohen and yes - even that former resident of Kreuzberg - Nick Cave. At his side is Czech violinist Pavel Cingl, known to some for his eerie yet illustrious Eastern European garnishings with Phil Shoenfelt & Southern Cross, as well as the Snake-Eaters. Steiner is also flanked by Argentinian native Henry Hugo, a multi-talented songwriter who now resides in the shadows of the Swiss Alps, where he produces music by applying empathy to the core of each dark note he touches. Like three decadent kings without crowns of gold and without a guiding star to follow, the only riches they bear are their dark, evocative songs... and the occasional smile or howl. Place your bets, people!