by Line Saus VS Mark Steiner & His Problems 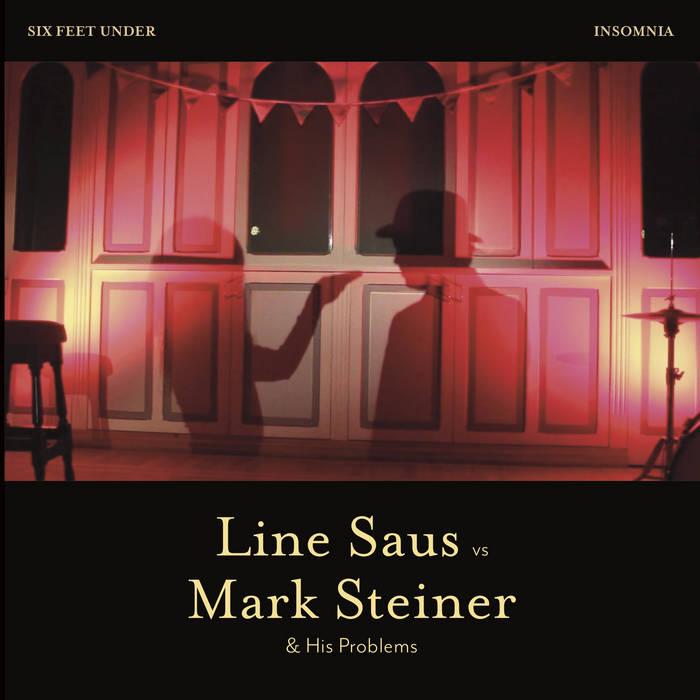 Line Saus' debut single, a murder ballad called "Six Feet Under," was released in March, 2018 where Mark Steiner also appears on guest vocals. Since her departure from the Tromsø band Pulp Vixen, this duet marks Line's first release as a solo artist, and will soon be part of her upcoming EP. The song features producer Håvard Stangnes on guitars and percussion, Truls Norbye on drums, bassist Ida Karoline Nordgård, and Erik Nilsson on Rhodes piano.

The music video "Six Feet Under" can be seen here: youtu.be/GxK9tNccj4s

Both of these tracks are now available as a limited-edition split 7" inch 45 rpm vinyl record via Rabben Records.

Recorded during the winter of early 2018, the new single “Insomnia” marks the first official release by Mark Steiner & His Problems since the album "Saudade" was first launched in late 2014.
Perhaps more dirty and swampy than everything Steiner has released since his days with his former band Piker Ryan's Folly prior to his departure from post-9/11 New York City, this new song features a new gang of ex-pats living in Oslo, along with a girl from the far North of Norway. American drummer Ted Parsons, (known best for his work with Prong, Swans, Godflesh and Killing Joke,) certainly packs his rhythmic
punches, while British-Italian Leon Muraglia (Radio 9, Salvatore) lends some sultry bass riffs and London guitarist Romek Paluch-Edwards adds definitive counter-point to Steiner's Fender baritone. And like a
ghost from the past, special guest Line Saus adds some haunting voice from her home in faraway Tromsø.